#Hashtags: What they are and how to use them (properly) 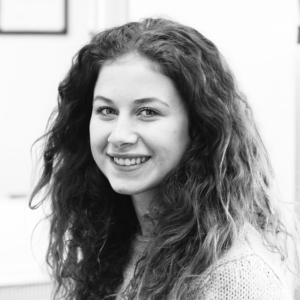 Let’s cover the basics – What is a hashtag? In the literal sense, it is the symbol on your computer or device keyboard that looks like this: #

Previously only known only to those who were on hold to call centres as the ‘pound’ key but now more well-known is its use by Twitter.

Since 2007, Twitter have used this character to allow everyone talking about the same thing to tag – or categorise – the tweet with a hashtag, so that anyone can view all the tweets about one particular topic in one place. A recent example is the one used for the U.S. Presidential election. Most a very commonly-used hashtag used for tweets was:

That means that when you searched in Twitter for that hashtag, you would see every tweet by everyone, whether you’re connected with them or not, in one chronological feed. It will also typically show the originator of the hashtag (or the first main user) at the top.

The aim is to group all discussions that relate to the same topic together.

Hashtags helps to bring together conversations around popular and regular discussions, too …

But it also means that when there’s a sudden news topic, you can search for just that hashtag, such as #Rio2016

Tip: Think of it a bit like having a conversation – your ticket into the discussion so that others can see (and join your part of the discussion) is a hashtag.

It’s an excellent way to both bring together tweets from everyone talking about the same topic.

However, there is a growing belief that the more hashtags you use, the more followers you’ll get and the more popular by engagement (and hopefully retweets) you’ll get – thereby getting your content in front of even more people.

In the same tone as my earlier reference to a hashtag being your ‘entry ticket into a conversation in a pub’, using loads of hashtags is a bit like having lots of conversations with different groups of people in a pub all at the same time.

You’ll just be shouting into the void and it will be an unfocussed, untargeted blast with which very few people will want to be involved. You may end up getting more followers but it will the wrong type and in most cases, just spammy accounts that are worthless and will actually devalue what you have to say, your brand or reputation.

Our advice is to use no more than 4 hashtags. If you can’t categorise in less than 4, you need to do separate tweets and make them more succinct.

In any case, using too many will just eat up your 140 character allowance. More words than hashtags is the rule of thumb.

An example of what I mean (and how NOT to use hashtags) is one used like this:

A good example (one of our own, obviously) is: What we’ve done here is focus the tweet to all those interested in the Digital Champions 2017 Awards (their hashtag is: #DAC17) and the genre of context, in this case, is all about #websites.

There’s lots of flannel about ways of writing a tweet that gets more followers or likes. If getting more followers and likes is your single aim, then carry on. However, if your aim is to better communicate with your audience – whether you are connected with them or not, the basic journalistic principle should follow:

Is the tweet about you or someone else? If it’s you, say it in the present tense: ‘I’m here at..’ or ‘we’re at the awards…’ If it’s about someone else, name them using their Twitter handle, such as ‘Well done @aubergine262 on your #DAC17 award’ or ‘Did we just see @realDonaldTrump win the US #Election2016 ?’

What’s the tweet about? Use short, descriptive words to tell the reader what you are talking about:

‘Excited about the #DAC17 digital champions #awards night at @BFI #Southbank #London, everything is crossed’ – here we can see that the tweet tells the full story – the person tweeting (our Creative Director, Mark Tomkins in this instance!) is at the 2017 Digital Champions Awards (that’s the ‘what’ is the tweet about bit) and then we see him place the location for accuracy by using the @BFI handle which is the venue’s handle and then the geographic hashtags #SouthBank and #London to tell the readers where the event is.

There’s got to be a reason for the tweet. Whether it’s a statement, to start a conversation or share news to your following audience. In our example, Mark tweeted that he was ‘excited about the..’ and tailed the tweet with ‘…everything is crossed’ – and so indicating that there’s a possibility of some success at the awards event.

Therefore, it was a tweet that told our followers that:

Mark was at an event in London (#Southbank #London)
There were details about the event (the #DAC17 Digital Champion Awards)
Mark was there for a reason (hopefully a win!).

It’s basic but it works.

The hardest part is to fit it all in to 140 characters!

You can search Facebook and Linkedin for topics with the hashtag and see all the top posts and people also using that hashtag. However, it is here we see the worst kind of misuse, or rather, over-use of the hashtag.

We’ve all seen it. Facebook users are filling their posts with hashtags that are similar to each other but with just slightly different ways of saying the same thing in the hope and aim to appear in a larger audience circle and cover off as many permutations. They are misguided.

Filling up a Facebook post with lots of hashtags will not deliver your post in front of a larger group but rather just create another piece that is shouting out into the void that is untargeted and, quite simply, digital detritus and a waste of those poor little pixels.

It’s probably as a result of an understanding of how Instagram works and so use Facebook in the same way. Instagram can only categorise by hashtags. It’s how it works. Facebook does not work this way.

Follow this basic foundation and you won’t go far wrong.