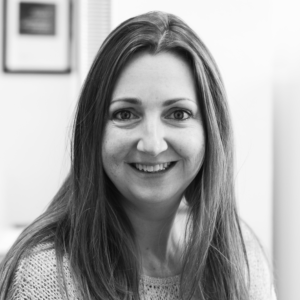 As the old saying goes, “a picture speaks a thousand words”. However, if the picture isn’t yours, the only words it’ll be saying are ‘theft’ or even ‘legal action’.

First, let’s set the context. We’re all agreed that it’s important to use images on your website, blog and social media posts as it’s this that people will see first when they are scanning along a page or social media feed. It enriches a post or article.

However, here’s where the problem starts.

Most people don’t realise that an image is the property of someone, somewhere – usually the photographer or organisation that commissioned the photo or image.

As a design agency, one of the most common phrases we hear when discussing website or social media content with a client is when we ask about what images they have to go with their text, is ‘yes, I have images – I found them on Google’.

It’s worth explaining what Google is and why this statement is such a bad thing.

Google is in essence just a thumping big database of all the world’s websites. It sends small bits of code throughout the internet called spiders to trawl the worldwide web for websites with content – text, pictures etc. It then takes a snapshot of those websites and their content and records it. When someone searches for something, it recalls the site and its content (images and video included) in the search results.

OK, so what about ‘royalty free’ images, they’re ok aren’t they?

Let’s start with the meaning of ‘royalty free’ (also known as ‘RF’).

“Royalty-free, or RF, refers to the right to use copyright material or intellectual property without the need to pay royalties or license fees for each use or per volume sold, or some time period of use or sales.”

That means that you don’t need to pay the owner of the image each time the image is used or displayed. On a website, that could be a big bill at the end of the month. You still pay, but just once but that licence may have restrictions.

Most RF images that are sold through websites, such as iStockphotos or Shutterstock, are bought on the basis that they are used for promotional and information-based sites only and are not to be used as part of a product that is resold (using the image to print on something that is then sold and you profit from that, such as a t-shirt). You would need to buy an extended licence for that type of use.

“But images are so expensive to buy!”

No, actually they aren’t. If you think that the photographer will have used his or her skill to take the picture in the first place and apply some form of post-production to it, when you consider that most image libraries will charge you about £5-£10 per high resolution image, that’s incredibly good value.

If the photographers are able to earn a living from what they do, they’ll carry on and that means that good quality images will keep coming. If they aren’t paid, their talent will be overtaken by a need to earn a living and will stop producing images.

“It’ll be fine, nobody will find out if I use a few images from a Google search”.

Image libraries and photographers all have a very easy way to encode into their images something call ‘x-data’. This encoding carries their details and copyright notices and it can be searched. All images, once they get used on a website, have a unique URL and this URL gets spidered and saved in Google’s database. That means the image can be looked for automatically by scripts.

Why not try this; you can drag an image from your computer into Google’s search box and it will search for that same image in its database. Give it a try, it’s good fun but also quite worrying as it will show you if the image has been used on other websites.

Imagine if it’s an image that you took and was your property – how would you feel?

The same principle applies to images from other people’s websites. It’s theirs (or at least it’s theirs to use as they paid the RF fee on the image library website).

So, when it comes to producing the content for your website, blog or social media posts for that matter, make sure the images you have are yours (photos you’ve taken or have had taken) or they are bought from a photo library website, such as iStockphoto or Shutterstock and not images ‘found on Google’. They aren’t yours and you must not use them without the permission of the image owner.

By doing this, it means you stay on the right side of the law and you will be using an image that will have much more thought behind it and won’t have been used on a thousand websites before.

One more thing – watermarked images. An image with a feint watermark on it (usually the logo of the photographer or image library owner) must never be used. All-too often we see images on social media posts that are just low resolution and watermarked versions of the image. What does this mean? It means that the person who’s posted the image on the social media article has simply searched for an image on an image library and has saved the view-only image and not paid the licence to use it. Whilst still intellectual property theft, it also has the added negative impact on your brand and business as it clearly demonstrates your disregard for paying the owner of the image.

It also means the producers of good quality photography receive a fair contribution to help them continue their talent.